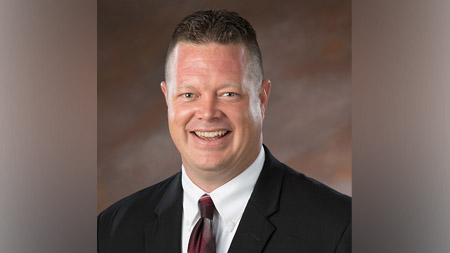 Matt Thompson, who earned a Ph.D. in educational leadership and policy studies from Iowa State University in 2010, has been named president of Indian Hills Community College in Ottumwa. In recognition of early career achievements, Thompson was named an Iowa STATEment Maker by the ISU Alumni Association in 2010 and an Outstanding Young Professional by the College of Human Sciences in 2013. He had served as dean of students and executive director of institutional advancement at Southwestern Community College in Creston before joining Indian Hills, where he has been executive vice president.