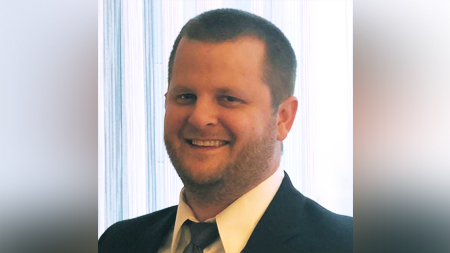 Alumnus Martin Gross has been named the 2020 Neal Smith Entrepreneur of the Year. The honor recognizes Gross as an exemplary driving force behind Iowa’s economic growth.

Gross holds four Iowa State University degrees, including both a master’s (2013) and Ph.D. (2015) in food science and technology, a bachelor’s degree in biology (2011), and a Ph.D. in agricultural and biosystems engineering (2015). He and Zhiyou Wen, a professor of food science and human nutrition, created an innovative, cost-saving wastewater treatment technology. Their revolving algal biofilm system recovers nutrients such as nitrogen and phosphorus from wastewater to mitigate water pollution. Together they co-founded Gross-Wen Technologies, an Iowa-based company that produces algae biomass which can be sold as a slow release algal fertilizer or bioplastic. Gross is president of the company.