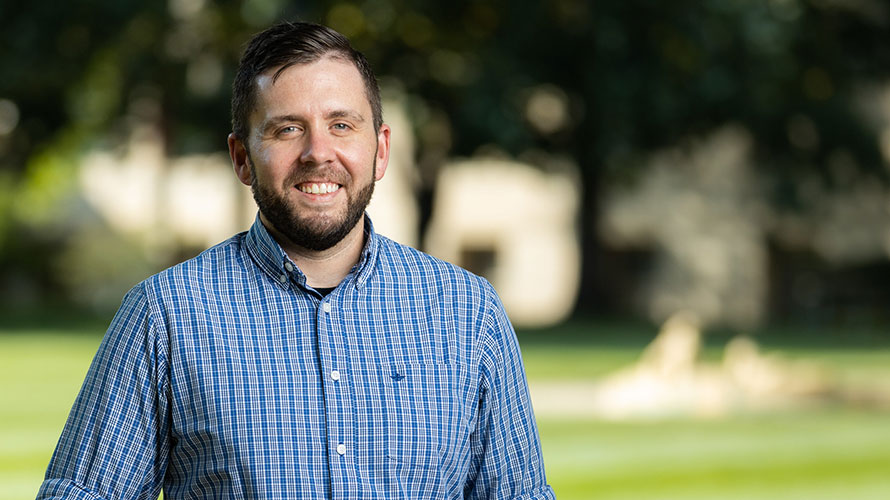 Clayton Johnson has been named the next director of student services in the Iowa State University College of Human Sciences.

“We were impressed by Mr. Johnson’s commitment to Iowa State University and students,” said Robert Reason, associate dean for undergraduate academic affairs in the College of Human Sciences. “He has demonstrated a positive vision for the future of Human Sciences Student Services that focuses on supporting student success and retention.”

Johnson earned a master’s degree in higher education from Iowa State in 2008 before serving for seven years in the College of Design, where he focused on student orientation, the college’s Honors program, advising, and advising administration.

Since November 2015, he has advised undeclared students in the engineering college at Iowa State and assisted with the coordination of student orientation activities there. He has also coordinated a large learning community and supervised approximately 20 undergraduate peer mentors. Since November 2018, he has led the engineering college’s group for faculty and staff stakeholders of learning communities and represented that group on university committees.

Johnson led the ISU Professional and Scientific Council as president in 2016-17 and has served on the council from 2012-2018. He has served on the leadership team of the ISU LGBTQA+ Faculty and Staff Association since 2018.

Clayton Johnson has been appointed director of Human Sciences Student Services, and will lead student services at Iowa State University.