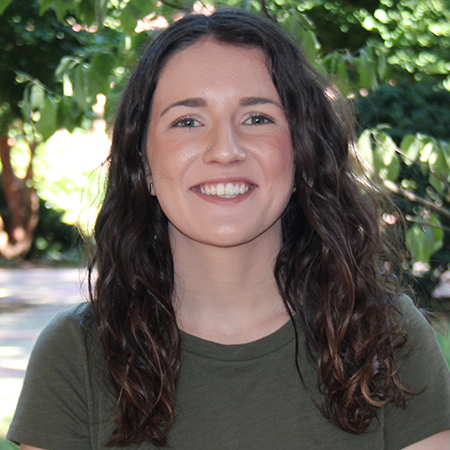 “Through being a Rising Star, I realized I liked working with extension. I got to combine horticulture and culinary food science without one overpowering the other."

Alyssa Rosenbaum aims to utilize her skills in horticulture and culinary food science in her future career. When she isn’t studying, Alyssa enjoys hanging out with friends, watching Netflix, and visiting Tea Time for bubble tea.

Get to know Alyssa

Alyssa Rosenbaum’s love for food was born from a day of cooking with her grandfather, and since then, she’s maintained a desire to work with food.

“I had this school project to make a food that was special to you. Ever since I can remember, my family has eaten lasagna on Christmas,” Alyssa said. “I asked my grandpa if he would teach me how to make the recipe he’s had in his family. I loved getting to know the secret recipe, and then I started cooking a lot after that.”

Alyssa also discovered a passion for gardening shortly after. She first came to Iowa State University as a horticulture major, but she couldn’t get the idea of cooking out of her head. She wasn’t sure if she could build the career she wanted out of studying culinary arts and science, since she didn’t want to work as a chef, but she soon learned that restaurant work wasn’t the only option for culinary food science students.

“I talked with my adviser because I just kept thinking about [culinary food science]. I felt like I was missing out on another major that I really wanted to do,” Alyssa said. “Once I came in [to the major], I learned all the other things you could do in culinary food science.”

Since adding her second major, Alyssa has had the unique opportunity to learn about the complete life cycle of food – from its growth and production on a farm to how to present it on a plate. Alyssa said that her two majors “fit way better together than [she] ever thought they would.”

Alyssa’s skills in plant and culinary science made for a great combination when working as a Rising Star Intern for Iowa State University Extension and Outreach this summer. She interned for Iowa’s Region 1 — which contains Lyon, Sioux, Osceola, Dickinson, O’Brien, and Clay counties — to educate communities on local, healthy eating.

“Through being a Rising Star, I realized I liked working with extension,” Alyssa said. “I got to combine horticulture and culinary food science without one overpowering the other. It really reinforced that I can do both majors and I will find a career that combines both interests.” 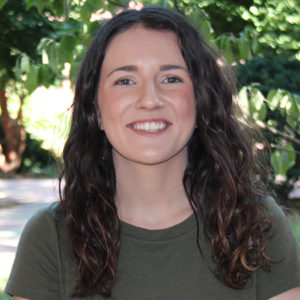 “Through being a Rising Star, I realized I liked working with extension. I got to combine horticulture and culinary food science without one overpowering the other."