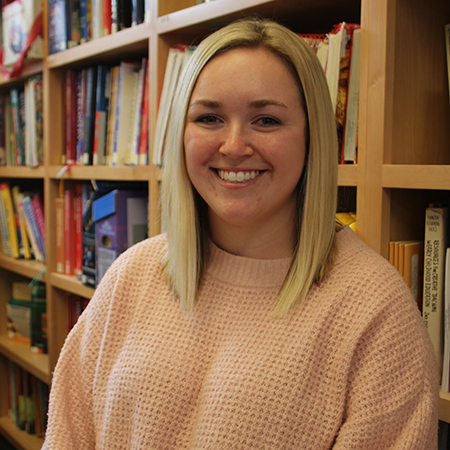 “It’s such a fun experience knowing you’re helping other people.”

Brittney Dvorsky plans to work as a kindergarten teacher after graduation. When Brittney isn’t studying she enjoys baking, watching movies with her roommates or spending time at home with family.

Get to Know Brittney

Brittney had always enjoyed working with children, so she knew that the college would be a good fit for her. However, she wasn’t sure what specific major would be the best option. She also had reservations about coming to college as an undecided student.

“When I came I was worried I would fall behind,” Brittney said. “I was worried about the stigma behind being undecided.”

Because she was undecided, Brittney joined MINDS (Making Informed Decisions) learning community. MINDS is also a class that serves as a place for students to learn from advisers and staff about each major and option available in the College of Human Sciences.

“Being in the class was nice,” Brittney said. “We talk about our strengths and how they apply and what jobs are best for that.”

The class required Brittney to interview a professional in the field they were interested in pursuing. Brittney decided to speak with an elementary educator who opened her eyes to what the field is actually like. Brittney learned about the challenging aspects of teaching, but was still drawn to the positives—specifically the idea of being a loving adult for someone who might not have that at home.

Brittney ultimately decided to major in early childhood education. When she is not in class working towards her major, Brittney volunteers as a MINDS Peer Mentor and helps the next generation of undecided students find their major.

“All of the teachers are super open and welcoming,” Brittney said. “They’re always super excited to work with undecided students. They’re very dedicated to students.” 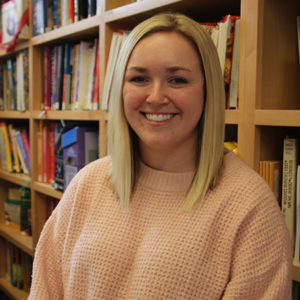 “It’s such a fun experience knowing you’re helping other people.”