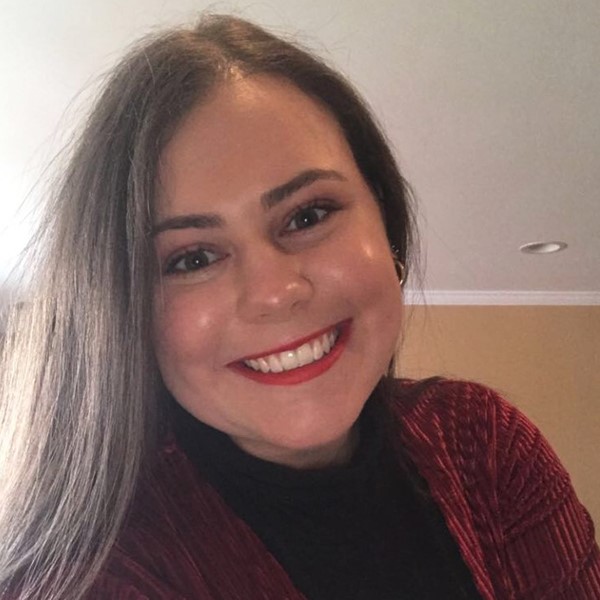 “Being a [Fashion Show] director helped me gain confidence, not only in myself, but in that I chose the right career path.”

Carly Haaning aspires to work for a fashion magazine in editorial work or styling. In her spare time, Carly enjoys spending time with her friends by driving around, watching Netflix, and going to Target.

Get to know Carly

Carly Haaning has always held a curiosity for fashion; looking back to a young age, she recalls an all-time favorite activity of hers revolving around it.

“When I was little, my favorite thing to do was to find my mom’s fashion magazines laying around the house and try to recreate the looks I saw on the models with the clothes in our dress up bin and my older sister’s closets,” Carly said.

When she was a junior in high school, Carly met with her high school’s guidance counselor to discuss her future plans. It was then that she discovered the opportunity to explore a career in fashion merchandising. So, upon coming to Iowa State University, that is just what she did.

Along with her major in apparel merchandising, Carly has always had a knack for writing. She decided to declare journalism and general business as her minors to further prepare her for her dream career of working for a publication housed under Hearst Magazines, one of the world’s largest publishers, and the source of popular fashion magazines such as Elle, Harper’s Bazaar, and Esquire.

To prepare her for the future, Carly has taken on a significant role within The Fashion Show at Iowa State for the past three years.

“Becoming a director [of The Fashion Show] last year, my sophomore year, was one of the first big responsibilities I had within my college career,” Carly said. “Being a director helped me gain confidence, not only in myself, but in that I chose the right career path.”

Through Carly’s work as philanthropy director for The Fashion Show 2020, they were able to partner with Hughats founder Kris Abel-Helwig. Hughats is a non-profit organization with the mission of making comfortable hats for people going through chemotherapy.

Carly was overjoyed to see her collaboration idea being put into action and making an impact.

“Being a director for two years now has helped me learn who I am as a leader and a team player. I’ve learned how to delegate tasks, share responsibility, and get projects done efficiently,” she said.

Often seen sporting her denim jacket, and a Parisian-inspired style, Carly looks toward a bright future with her career in apparel, merchandising, and design.

“Being a [Fashion Show] director helped me gain confidence, not only in myself, but in that I chose the right career path.”