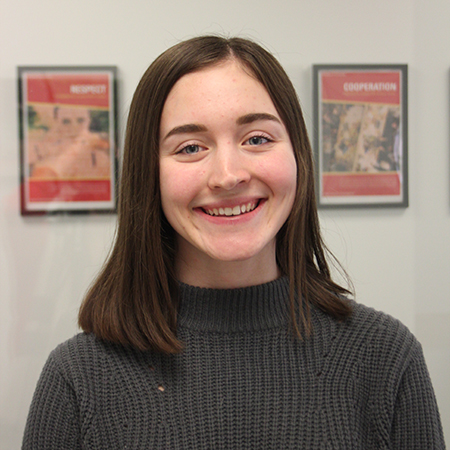 “I feel like I’m giving back to the class and community that helped me get through that first semester of college."

Cassidy Swiggum plans to work with children as a Kindergarten teacher or in school administration. When the she isn’t studying, Cassidy enjoys watching Netflix and reading.

Get to Know Cassidy

Cassidy Swiggum finds fulfillment in helping students discover a major they’re excited about in the same program that helped her find her major.

Cassidy joined the MINDS (Making Informed Decisions) learning community as a mentee her first semester at Iowa State University (ISU). After choosing her major and finishing her semester with MINDS, Cassidy decided to give back to the group as a peer mentor. She’s enthusiastic about helping others on their way toward deciding on a major.

“You get everything [with MINDS], you get the whole College of Human Sciences served to you,” she said. “You can choose what you want to focus on.”

Everything Cassidy does in MINDS is to work toward one goal: preparing undecided students to make a decision on a major or program when they’re ready. Cassidy sees her job as being someone students can lean on. She meets with her small group consisting of seven mentees and checks on them throughout the semester.

“The goal is that they’re prepared to make a good decision,” she said. “It isn’t to have them decide before they leave us. It’s to give them a foundation.”

Along with answering questions and meeting with students, Cassidy plans events to help foster friendships and community within MINDS. She said the friendships formed in the MINDS learning community make being undecided easier because you have people close to you going through the same thing.

“You can see the friendships that have formed [through MINDS],” Cassidy said. “It’s good to build friendships beyond just having the same major.”

Cassidy enjoys being a peer mentor because she knows what it’s like to be an undecided student. She said that even with her parents supporting her decision to come to ISU undecided, the whole situation was still intimidating, and being in MINDS alleviated that stress.

Cassidy’s ISU experience was greatly influenced by MINDS, and she finds joy in now being a positive influence for students like her.

“I feel like I’m giving back to the class and community that helped me get through that first semester of college,” Cassidy said. 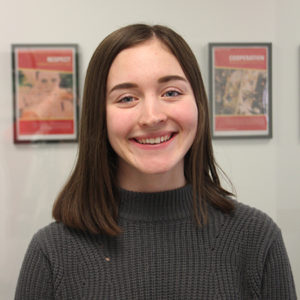 “I feel like I’m giving back to the class and community that helped me get through that first semester of college."