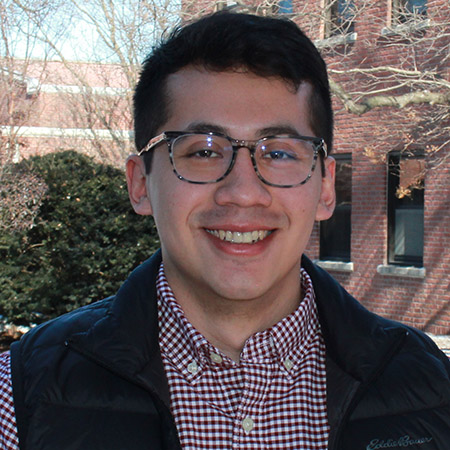 "My parents always taught me, ‘Work hard, and you will get rewarded in what you do.’ So that’s what I did at school.”

Get to know Isaac

Isaac Ramos is a science lover and avid reader. During his junior year of high school, Isaac was in the science section of the library and came across the book “Emperor of All Maladies: A Biography of Cancer” by Siddhartha Mukherjee, which became his inspiration to pursue nutritional science and pharmacy school as a first-generation Latino student.

“Being first-generation, you face a lot of obstacles,” Isaac said. “The way to stand out is either you have the money to do something or you gain the knowledge to do something. My parents always taught me, ‘Work hard, and you will get rewarded in what you do.’ So that’s what I did at school.”

Isaac transferred from Central College in Pella, Iowa, to Iowa State University his junior year to have better academic opportunities for research in his field of interest. For Isaac, majoring in nutritional science was a no-brainer, because he enjoys learning about health and the human body.

Isaac is in the Doctors Without Borders Student Chapter, and is planning to go to Peru to help local doctors, pharmacists, and other health care providers with everyday tasks. This trip will help Isaac learn about health care from a communal standpoint. He is also involved in the Pre-Pharmacy Club, in which he mainly networks with pharmacy school representatives, aiding him as he decides where he wants to go to pharmacy school.

Isaac hopes to become a pharmacist who specializes in cancer research. Isaac interned at Ohio State University the summer before his junior year, with a research focus on new immuno-chemotherapy treatment methods. Isaac’s internship was another stepping stone on his path to research.

“My idea is to work with other medical professions to actually find novel treatments for a myriad of different cancers,” he said.

For now, Isaac works as a pharmacy tech at Walmart in Ames, filling prescriptions and working with insurance, but looks forward to his future career as a hospital pharmacist.

“The profession of pharmacy is changing, and people are not aware of that because they think about retail-slash-community-pharmacy. The way I want to change it is by [telling people] pharmacists know much more [than people think], and we are useful tools that are free.” 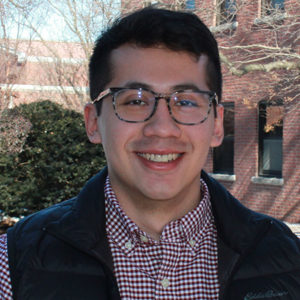 "My parents always taught me, ‘Work hard, and you will get rewarded in what you do.’ So that’s what I did at school.”