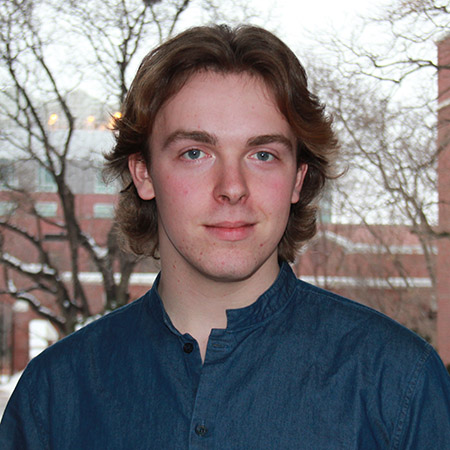 Isaiah Sents hopes to become a costume designer and a professor. When Isaiah isn’t studying, he likes to spend time with close friends and cook.

Get to know Isaiah

Throughout his life, Isaiah Sents has had an eye for clothing. In high school, he was involved in theater costume design, where he first considered his interest a potential career path.

“There’s a community theater near my school that had a really good stock of costumes, so that was where I got my first real taste of it,” Isaiah said. “I really enjoyed it, so I thought, ‘Why not make a career out of it?’”

Beginning his apparel studies at Iowa State University, Isaiah became even more intrigued by clothing aesthetics and the significance of clothing throughout time.

“I think that the way that fabric moves and can be manipulated is really cool because you can get some really unique shapes,” Isaiah said. “As I got older and started to appreciate clothing more, I started to see the communicative value of it, because there’s so much that you can tell about a person by the way that they dress.”

Isaiah’s interest in clothing is tightly knitted with his interest in fashion on a historic level, and what a person could convey with their dress. Isaiah used that interest in an undergraduate research position the summer before his sophomore year, in which he helped design costumes for Iowa State theater productions.

Along with designing costumes, he read over the plays he was designing for and researched opera houses — a valuable experience that helped Isaiah learn more about how his costuming would be portrayed and how they would present on stage. He hopes to begin his career as a costume designer and eventually become a professor.

“With costume design, it’s an application of communication through dress. With being a professor, there is a chance to contribute to that body of knowledge about fashion,” Isaiah said.

Isaiah’s curiosity for communication through fashion goes beyond the classroom; he applies his clothing knowledge to his everyday fashion choices. 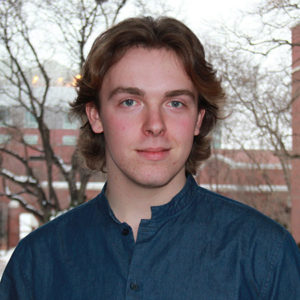