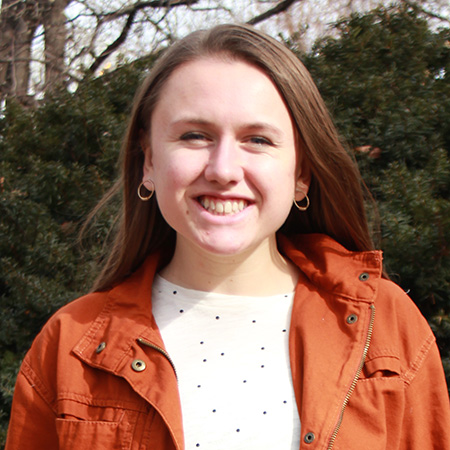 Jacie Legois hopes to work in food media after college. When she isn’t studying, Jacie enjoys running, yoga, and spending time with family and friends.

Get to know Jacie

As a runner, Jacie Legois is conscious of nutrition and how it can help her performance potential. She became interested in the creative aspect of food and recipe development her senior year of high school, and created a food-focused Instagram account, which sparked an interest in food media. For her account, she plates, presents, and photographs food for over 2,000 followers.

Jacie first attended college in Nashville for elementary education, but decided it wasn’t for her. She took a gap year to then decide what she wanted to study. She landed on the culinary food science major at Iowa State University for its unique combination of culinary arts and science. Iowa State also provided her the opportunity to be a student athlete on the track and cross country team.

“I knew for a fact that I didn’t want to be an elementary education major anymore; it was not the right fit,” she said. “So I scrolled through majors and then I saw culinary food science. I hadn’t seen that before, so I read about [the program] and it was something I didn’t know was an option. It was perfect.”

Now a junior, Jacie enjoys her time working in the Joan Bice Underwood Tearoom for her Quantity Food Production and Service Management Experience class. In the tearoom, students switch between restaurant roles that include serving, being the kitchen manager, or the front-of-the-house manager. The role Jacie looks forward to the most is being the kitchen chef.

“I like the creative aspect of [culinary food science] more, because for me I wanted to actually have hands-on, in-the-kitchen cooking,” Jacie said. “I like that we get to be in the kitchen. The tearoom is such a great opportunity, and the food science lab. I really like that I get those hands-on experiences.”

Jacie hopes to use her kitchen experience as inspiration in the food media field. Her dream job is to work for Bon Appétit culinary magazine to style, photograph, and test food recipes.

While she is very attuned to aesthetic, color, and taste, Jacie still likes to take nutrition into account when making her dishes. As an athlete, she focuses on how she can create recipes that include healthy ingredient substitutions while still being delectable. 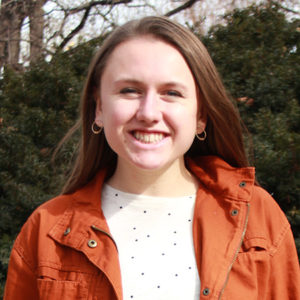