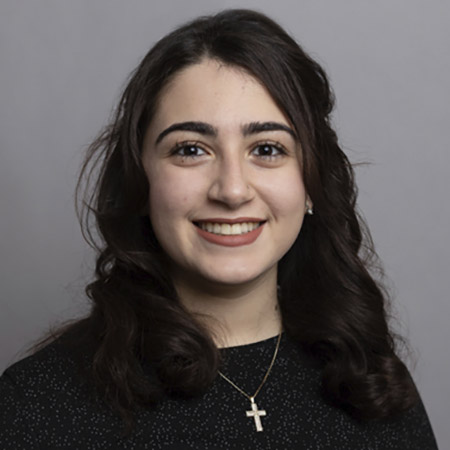 “I am still trying to figure out what I love. The more experiences I have is for the better.”

Natali Jouzi plans on working in healthcare management after college. When Natali isn’t studying, she likes to dance, cook, and travel.

Get to know Natali

Natali Jouzi traveled across the world to study at Iowa State University. Driven by her curiosity and love of learning, she has completed two study abroad experiences, become a research and teaching assistant, actively volunteered, involved herself in numerous student organizations, and learned how to speak Russian.

To Natali, her involvement is a way to contribute to the community at Iowa State. Natali’s upbringing in Doha, Qatar, gave her a unique perspective of the world around her. She has traveled to 18 countries and attended a British school in Qatar that had a large international community. Most of her peers went to college in the United Kingdom after primary school, but Natali held the United States close to her heart.

“It was my dad’s dream to study [in the United States],” Natali said. “I wanted to make his dream come true.”

When Natali came to the United States, she made that dream a reality, and continued to exceed her own expectations. Natali is double majoring in dietetics and nutritional science with an emphasis in pre-health and research, and minoring in Russian studies. With her degree, she hopes to work in healthcare management.

To further her educational experience, Natali is a teaching assistant for a world food issues course. She works with the course professor to develop engaging content for the classroom, and is constantly offering new ideas to create a more captivating student experience.

Natali holds leadership positions in multiple student organizations — her most impactful role was serving as president of the Arab Student Association her sophomore year. As president, Natali organized the Arab Student Association’s Arabic Night event. It won event of the year, which further motivated her to become even more involved in student life.

“I was mesmerized by the amount of student organizations. I love to try new things, and it’s a way to build my experiences and skills,” Natali said.

By participating in clubs and activities at Iowa State, Natali is able to gain more insight on American culture before she jets off to another country.

“I am still trying to figure out what I love,” she said. “The more experiences I have is for the better.” 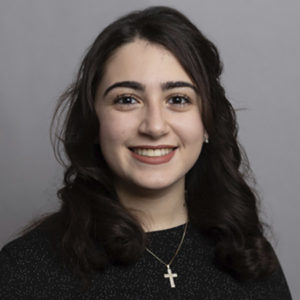 “I am still trying to figure out what I love. The more experiences I have is for the better.”