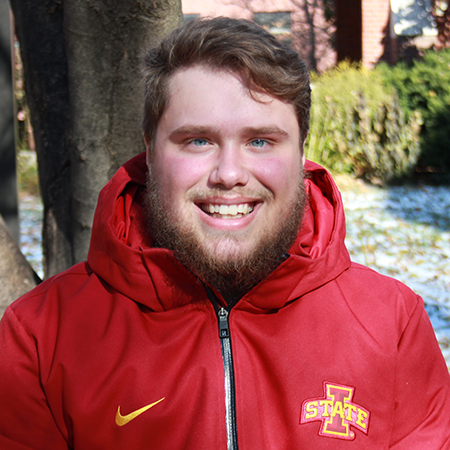 "People in the NFL know about Iowa State. They know we have one of the top athletic training programs.”

Tanner Bos aspires to work for the NFL as an athletic trainer after graduation. When he isn’t studying, Tanner enjoys going to the gym, playing intramural sports, and being outdoors.

Get to know Tanner

Tanner Bos “has always been a football guy,” and soon he will be able to turn his lifelong interest into a fulfilling career. Class work, observation hours, clinical work, and an amazing internship are all bringing Tanner closer to his goal of working with professional athletes.

Tanner has been interested in a career in athletic training since high school, and his football coach is an Iowa State University athletic training alumnus. From what Tanner had heard about the accredited program from his coach, he felt it would be right for him. Arriving at Iowa State and beginning his studies and observation hours, Tanner knew he was right all along.

“I fell in love with [athletic training] and the interactions you get— from the day-to-day to the long-term injury stuff,” he said.

Tanner’s freshman year consisted of observation hours — required time spent closely observing Iowa State’s certified athletic trainers, and his sophomore year was spent working on the sidelines of the Jack Trice football field. There, he and other athletic training students helped maintain the well-being of the Iowa State football team by assisting with injury rehabilitation and small-scale treatment. Though he’s a junior, Tanner will meet the program’s clinical hour requirements by the end of 2019.

“Being on the sidelines of the games, you can’t beat that,” Tanner said. “It gave us an opportunity to apply what we learn in class.”

Working for the NFL as an athletic trainer is Tanner’s ultimate career objective. He was able to get his foot in the door by securing a prestigious athletic training internship with the Denver Broncos this past summer. It didn’t come easy, but Tanner was up for the challenge. Out of the sea of 1,000 applicants, he received one of five positions.

“I just took the initiative and applied to all 32 [NFL] teams,” he said. “I got lucky — people in the NFL know about Iowa State. They know we have one of the top athletic training programs.” 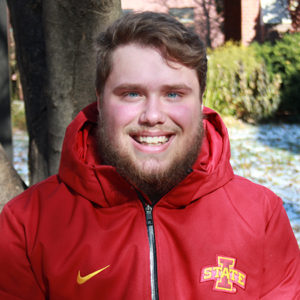 "People in the NFL know about Iowa State. They know we have one of the top athletic training programs.”