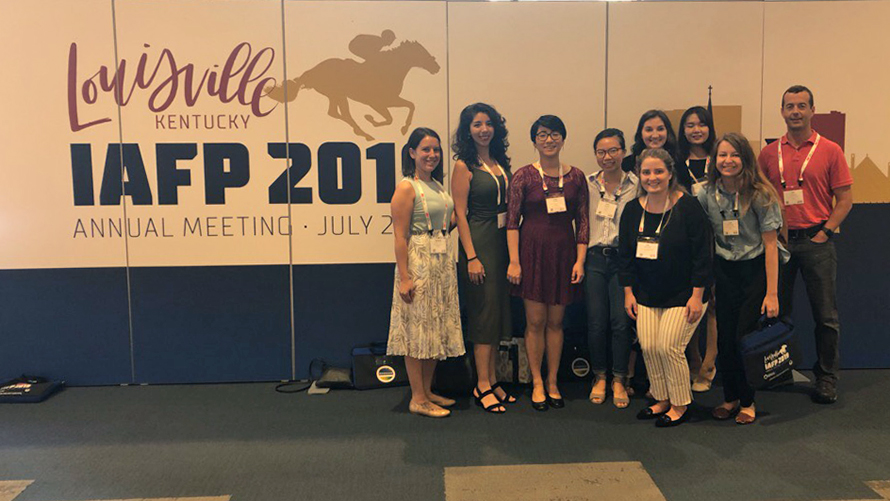 Food science student Laurel McGonegle, second from right, spent her summer taking part in a research program at North Carolina State University. She had the opportunity to work with a virtual reality program, as well as tour various food facilities in the area. Contributed photo.

After a summer spent participating in a research program on the east coast, this food science student has a clearer vision of the food science industry.

Laurel McGonegle, sophomore in food science, participated in the North Carolina State University Food Science Summer Scholars Program this past summer. The program is split in two parts – a research track, and an education and Extension track. McGonegle chose to take part in the education and Extension track, along with seven other undergraduate students from various U.S. colleges and universities.

Together, the students created a virtual reality program to allow food safety inspectors to experience situations they would come across when inspecting farms for FSMA Produce Safety Rules requirements compliance.

When they weren’t busy working on the virtual reality program, McGonegle and the other program participants toured several food facilities in the area, including a brewery and a candy manufacturing plant. They also attended the International Association for Food Protection conference in Louisville, Ky.

Toward the end of the program, McGonegle and her team put together a research poster about their virtual reality work to show during a research symposium.

Though she originally applied for the summer research program at Iowa State, McGonegle is glad she took part in NCSU’s program because it allowed her to see a different region of the U.S., as well as experience various aspects of the food science industry.

“I wanted to see if I liked the plant side of the food industry,” McGonegle said. “I learned that I like the food safety aspect. I like the problem solving aspect and figuring out how to overcome problems and think on my feet.”