Big data helps reveal use of hashtags in political consumerism 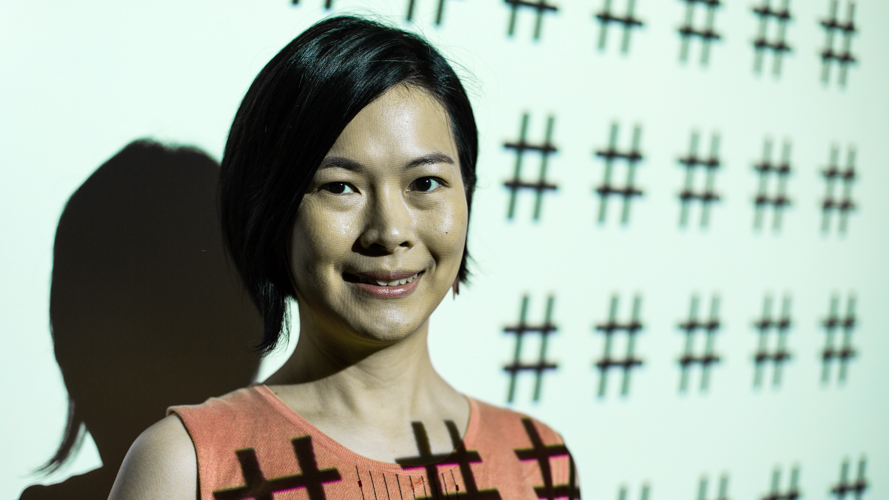 Doreen Chung an associate professor in apparel events and hospitality management is using big data to explore how hashtags play a role in political consumerism. Photo by Ryan Riley

Doreen Chung, an associate professor in apparel, events, and hospitality management, is on a team of consumer behavior researchers who recently examined 781,768 tweets containing #BoycottNFL made by 160,457 users over nine days last September. The hashtag has been used on Twitter to express opinions about National Football League players who refuse to stand during the national anthem as a means of protesting racial inequality and police brutality.

The researchers aimed to discover whether people are using hashtags on social media as calls to action such as a consumer boycott to demand a change in market practice, or whether they’re simply using hashtags as conversation starters.

Preliminary findings also showed that during the nine-day period, the number of online tweets steadily increased as more offline events occurred. Based on these findings, researchers inferred that offline behavior influences online conversation.

The findings will be presented this week at the 9th International Conference on Social Media and Society in Copenhagen, Denmark, and were also presented at the 3rd American Marketing Association/American Collegiate Retailing Association Triennial Conference, held June 6 to 8 in Toronto, Canada.

Political consumerism is the ability of consumers to collectively influence the world through their decisions. People who find a practice ethically or politically objectionable can change institutional or market practices by choosing what goods and services to buy, where to shop, what to watch, and what to attend.

Some who used the hashtag #BoycottNFL on Twitter called for banning of products or services connected to the National Football League, not attending games, refusing to purchase NFL-branded merchandise, or boycotting all related media. People with the opposing view in support of NFL players used other hashtags, like #TakeAKnee or #ImWithKap.

Iowa State’s Chung joined researchers Olivia Johnson of Texas State University and Adrienne Hall-Phillips of Worcester Polytechnic Institute in the analysis of tweets containing #BoycottNFL between Sept. 21 and 29, 2017. They found that the highest number of tweets could be linked to three distinct offline events: President Trump urging fans to boycott NFL games, NFL players locking arms during the national anthem, and NFL Commissioner Roger Goodell holding a meeting with team owners and players.

The research also aimed to identify the people or “actors” involved in using the hashtag and driving the conversation.

“We found some actors were leaders of the conversation on multiple days,” researchers wrote. “The influence that lead actors have on other actors in the same community becomes important as it may result in a change in consumer behavior.”

Human scientists at Iowa State are at the forefront of exploring “big data,” turning vast amounts of data into usable knowledge with real-world implications.

Chung’s research specializes in consumer behavior in online environments. She calls her research method of using big data from Twitter “social network analysis,” and plans to offer a new graduate course about social network analysis in spring 2019. This will be the only course at Iowa State that will teach students to run these analyses, she said.

Others in the College of Human Sciences engaged in big data research include:

Doreen Chung, an associate professor in apparel, events, and hospitality management, is using big data to explore how hashtags play a role in political consumerism.

Human scientists on the cutting edge of big data research

No Child Behind reduces collaboration among principals, teachers

Chung to study effects of social media on art museums