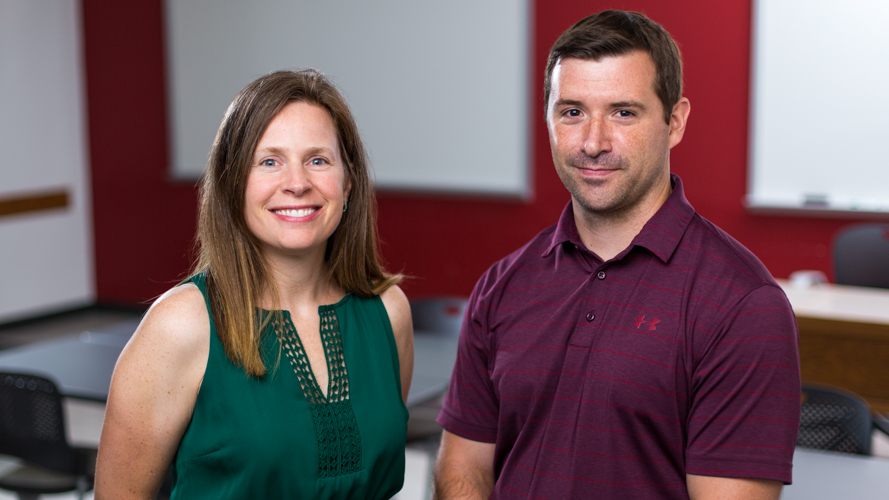 An international study led by Larysa Nadolny, an associate professor in the School of Education, and published in the peer-reviewed journal Simulation & Gaming surveyed 27 experts in the field. Participants included educators in the United States, Canada, Europe, and South America who designed and implemented game-based learning in their English, science, technology, history, education, math, educational technology, and game design courses.

“The satisfaction with game-based learning was overwhelming positive, with only one surveyed teacher indicating that he would not teach the same course again with GBL. He reported that it took up too much prep time,” researchers wrote. “The time commitment required for GBL was frequently reported by teachers, but was seen as a minor concern since most teachers saw immediate and positive feedback from students”

Learning from teachers what works

Game-based learning is an increasingly popular way to increase student engagement. From the use of role-playing games like the Reacting to the Past app to the escape room-type puzzles in the BreakoutEDU app, teachers across the world have found ways to comprehensively integrate game play into the curriculum in a way that increases both student engagement and performance.

However, little is known about which game mechanics are most appropriate and effective for learners at different academic levels.

“Educators are excited to create game-like environments for learning, but the motivating features of one game can be very different from another game,” Nadolny said. “We wanted to to learn from practicing teachers what works, and what doesn’t, at different educational levels.”

Nadolny recently joined with former Iowa State graduate students Zina Alaswad and Wei Wang, and instructional support specialist Dennis Culver, in a study that aimed to find some answers. They discovered that the type of games that teachers selected for high schoolers and college students differ from those selected for middle schoolers.

High school and college teachers most frequently chose games with assessment, rules, goals, and interaction between students when creating their course. For example, the GradeCraft learning management system focuses on rewards and feedback tools like badges, leaderboards, and rubrics.

But data revealed a different pattern for middle school teachers, who most frequently selected games with conflict or challenge.

“Academic priorities and sources of motivation are different for middle school students,” researchers wrote. “At the middle school level, the students will engage quickly with a creative narrative and are not focused on academic achievement or class ranking.”

Quests — specific missions or tasks that reward the student for completion — and instant feedback are important game elements for teachers at all academic levels. High school and college teachers valued games that motivate students with points and academic rewards, while middle school teachers chose games that have competitive tasks and entice students by how content is unlocked and released.

Teachers surveyed all reported ideas for improving the ways they use games in their courses. Some planned to enhance storylines and make them more complex; to offer more choices, challenges, and quests. Others reported that the initial game was far too complex and competitive.

The Iowa State study provides foundational guidance for researchers and curriculum developers in selecting game mechanics that may be appropriate for students at different levels of education.

“Challenge, feedback, and competition were prominent in middle school. Assessment, points and rewards were important for high school and college,” researchers wrote. “Quests were frequently used game elements at all levels. Although the use of badges, non-academic rewards, and competition are popular game mechanics, they may not be as effective as other strategies.”

Researchers said more work is needed in determining which strategies are most effective for learning. But findings of this study show that students who once “wilted at the back of the class” with little motivation came alive and worked tirelessly after game play was implemented within the curriculum.

“The idea of engaging more students than usual, but also turning off a few, was also a consistent theme in this study,” researchers wrote. “But these teachers … chose to keep going forward because of the tremendous response from students.”

New research by Iowa State provides guidance for which types of games may be most appropriate to integrate into the curriculum at different educational levels. Researchers discovered that the type of games selected for high schoolers and college students differ from those selected for middle schoolers.

"Educators are excited to create game-like environments for learning, but the motivating features of one game can be very different from another game. We wanted to to learn from practicing teachers what works, and what doesn't, at different educational levels."
Larysa Nadolny